You can read this story in Arabic here.

When the first raids of “Decisive Storm” hit Yemen’s capital, Sanaa, on the night of March 25, 2015, Mohammad’s[1] wife and their three children were seeking shelter behind the wall in a ground floor room in their home. Mohammad, meanwhile, was standing in front of the bathroom door trying to calm down the dread of his fourth child inside. At the time, his son was twelve years old, and Mohammad believed that the fear caused his son’s sudden diarrhea. So he took him to the bathroom and repeatedly knocked on the door, reassuring his little one that he was still around, repeating: “I’m here, don’t be afraid, don’t be afraid.”

The raids weren’t supposed to continue for longer than a month, but the alliance extended them for “five or six months” to end the war that Saudi Arabia led with Arab and Western cooperation against Ansar Allah (The Houthi Movement), opponents of the Yemeni president Abed Rabbo Mansur Hadi. When six months passed and the war still hadn’t ceased, Mohammad fled with his family, seeking safety in Jordan where they have since been living for the past six years. It is in Jordan where they have been able to attain desired safety, according to him. Yet the safety of asylum life has also carried with it vulnerability, loneliness and mental fragility.

“It’s true that I’m safe and secure (..) [But] I’ve now become nothing, I only wait for help (..) I’ve become helpless. I had it all in Yemen, managing affairs as I pleased and planned. Now ّI’m powerless.”

In Yemen, Mohammad was a government employeep[2] who was appointed in his position upon graduating from college in 1990, the same year that North and South Yemen united under the presidency of Ali Abdullah Saleh. Saleh became president of the united country after presiding over North Yemen in 1978. The standard of living was subpar under Saleh, whose presidency was riddled with corruption, says Mohammad, who had difficulty despite receiving a salary that was better than most. Therefore, it wasn’t surprising when the “Arab Spring” protests which erupted in 2011 in multiple Arab capitals, quickly extended to the Yemeni cities.

Mohammad recalls how protesters demanding the president’s resignation remained on the streets for an entire year before he was forced to relinquish his power to his deputy Hadi in 2012. Mohammad recalls that year as the beginning of the collapse, when the prices of food supplies and oil derivatives began to increase with the steady decline of Yemen’s currency. The pinnacle of misery hit in 2015 when the war erupted and the country entered a new era. The situation was so bad it made Mohammad nostalgic for the days of Saleh, hoping that “the past corruption would return,” as security and basic services grew more and more scarce.

Since he is aware of his frailty and his refugee seeking situation in a foreign country, Mohammad’s actions follow the saying “As a stranger, stay out of danger.” He wouldn’t leave his house without the asylum document in his pocket, doesn’t discuss politics or criticize anyone.

The control of armed groups kept on increasing throughout those three years while opposing forces took over the city roads of Yemen by implanting road barriers. This made Mohammad’s usual commute to work, through Sanaa, Hadhramaut, Al-Hodeida and Taiz, almost impossible. Passengers were often arrested and subjected to robbery passing by the checkpoints. They could “kill you and you’d never arrive.” For a period, he was terrified of losing his two sons, who were eight and twelve years old at the time, to the “fronts.”

When Mohammad left for Jordan, he thought the war would not persist for more than a year or two, at the worst. Even with that conviction, he had to sell his house in Sanaa because it was the only solution to afford the traveling tickets and to finance their living in Jordan until their return.

Upon arriving in Jordan, Mohammad and his family filed a request to the United Nations High Commissioner for Refugees, making them part of the 13,000 Yemenis registered in the UNHCR. However, according to government statements, the number of Yemeni people in Jordan is predicted to be double that number. The people of Yemen rank third, after Syrians and Iraqis, out of the 758,000 registrants in the UNHCR in Jordan.

Through his registration, he was provided with legal residency in Jordan which opened up multiple services for his family; such as enrolling his children in a public school and receiving low-cost discounted health care in public health care centers through the NGO Caritas. However, it did not guarantee him and his family consistent financial support.

The UNHCR’s financial resources are limited, as mentioned on their website. They prioritize helping those who are most in need of assistance, such as large families, as well as those which include an individual with a disability, female widowers and other vulnerable cases.

Since Mohammad’s family does not fit into the aforementioned criteria, all he received from the UNHCR was an inconsistent annual amount of money that ranged between 150 and 300 Jordanian Dinars (JOD). Coincidentally, he received a message during our interview from the UNHCR saying that the money is ready to be collected. He instantly sent a message to his wife informing her and a smile arose on his face when she responded to him with firework emojis expressing her joy.

Unfortunately, his smile quickly diminished as he started explaining that the money will be instantly going to the landlord. It was already the 17th of the month and he hadn’t yet paid the 170 Dinar rent for the apartment that only comprises two bedrooms and a living room for him, his wife and two sons as well as for his daughter, her husband and their child.

Even with the UNHCR’s irregular income, Mohammad was not allowed to pursue a job. With Syrians being an exception, anyone registered under the UNHCR in Jordan does not have the privilege of obtaining a work permit, unless they cancel their registration. And doing so, according to Mohammad, doesn’t instantly mean receiving a work permit, but potentially getting rejected and becoming an illegal resident, as he recalls some familiar cases. With registration afterwards being forbidden, it becomes very risky to cancel. This has prompted many to work in the shadows; meaning working illegally without a permit, as both his son and daughter have been doing to provide for the family, Mohammad explains.

Sudden raids by inspectors from the Ministry of Labor, Mohammad says, are the ultimate nightmare for those working illegally. Whenever they start alarming each other by saying: ‘committee, committee, committee’ as a reference to the arrival of the Ministry’s Inspection Committee, workers scurry for their lives. Those who work in restaurants usually react by hiding in the bathroom or sitting on a table, eating and pretending to be a customer. Sales people start to pretend that they are the buyers.

When Mohammad left for Jordan, he thought the war would not persist for more than a year or two, at the worst. Even with that conviction, he had to sell his house in Sanaa to finance their living in Jordan until their return.

After six years in Jordan, Mohammad and his family’s legal status remains as “asylum seeker.” Roughly two years ago, one of his two sons attained the UNHCR’s confirmation of his refugee status. This has brought him closer to getting resettled in another country. However, it has blurred the lines for Mohammad, who has not been able to understand how his son was recognized before the rest of his family or the standards responsible for the process of  “recognition” which converts one’s status from “asylum seeker” to “refugee.” He continues to explain that the UNHCR does not provide any answers regarding this procedure or the time needed, which has left him clueless as to how or when or what path he will meet.

“I left my roots in Yemen,” Mohammad says while describing his feeling of being hung in mid-air, vulnerable to even the slightest breeze. He knocks on the wall behind him saying that his family and community’s support in Yemen was “solid,” akin to the wall’s solidity, but now he feels lonely and isolated. Since he is aware of his frailty and his refugee seeking situation in a foreign country, Mohammad’s actions follow the saying “As a stranger, stay out of danger.” He doesn’t leave his house without the asylum document in his pocket, doesn’t discuss politics or criticize anyone. He walks “by the side of the wall (..) even if someone does me wrong, I would say may God bless you.”

Despite there being a large number of Yemeni people in Jordan, he has a limited relationship with them that barely exceeds a phone call. They are spread over distant areas, and face-to-face communication requires transportation expenses and proper hospitality, as per traditions, but that has become a huge burden in light of the dire financial situation they are living in.

Therefore, their means of communication are the same as those with his family in Yemen, through free online communication platforms. But even such platforms have proven to become a struggle because of the weak internet connection in Yemen and the constant electricity cuts. Through their phone calls, his relatives only deliver bad news of the country’s regression. They inform him of the lack of services, education, and health in addition to the non-existent provision of oil derivatives, gas, and the insane hike in the price of food supplies.

A lot of the remaining people in Yemen are those who are incapable of leaving, Mohammad says. Some of those still present have been taking advantage of the situation. He believes they are the conflicting parties and their followers, who have been dividing incoming resources of oil, fish stock and other resources from the port.

Unfortunately, he does not see this ending anytime soon. Believing that the conflict is still at its beginning, he is left with no hope of returning to Yemen and settling back. To add salt to the wound, Mohammad is unable to visit his country since doing so would terminate his registration in the UNHCR in Jordan and forbid him from returning.

Consequently, he and his family are stuck here in Jordan, spending their life waiting to be recognized as refugees by the UNHCR and to resettle after that to any country that accepts them. Many people they know have been able to achieve resettlement in countries in the West and have sent them photos of swans swimming in rivers and lakes, writing, “ We are in heaven.”

As he awaits, he entertains himself with long walks downtown alone, since his wife suffers from health issues and is incapable of walking long distances. However, he takes her to the neighboring park in the evening instead. The modest park was built by the Greater Amman Municipality alongside the intersection of four main streets and entails a few meters of concrete space with some benches and flower bushes.

In spite of being in the midst of all this confusion and instability, Mohammad was inclined to marry off his two daughters in 2018, who now have a child each. He was constantly frightened by the thought of falling into harm’s way. Their marriages reassured him of their safety. Life goes on even as a refugee, Mohammad says. He compares the situation with having to push forward the tires of a huge truck with one’s bare hands. The tires will go forward a bit then go backwards, but one must remain determined to keep pushing onward. 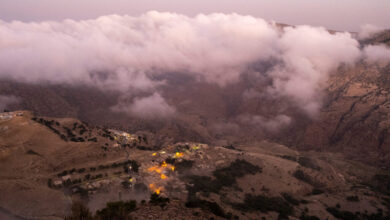 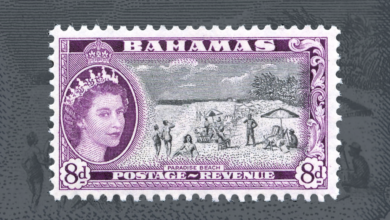 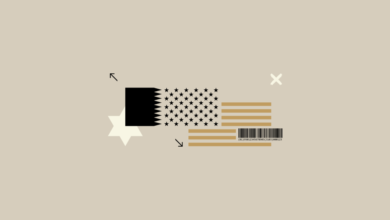 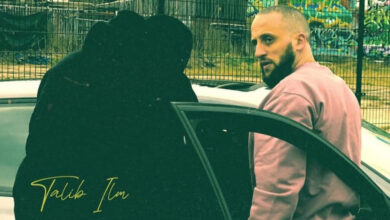 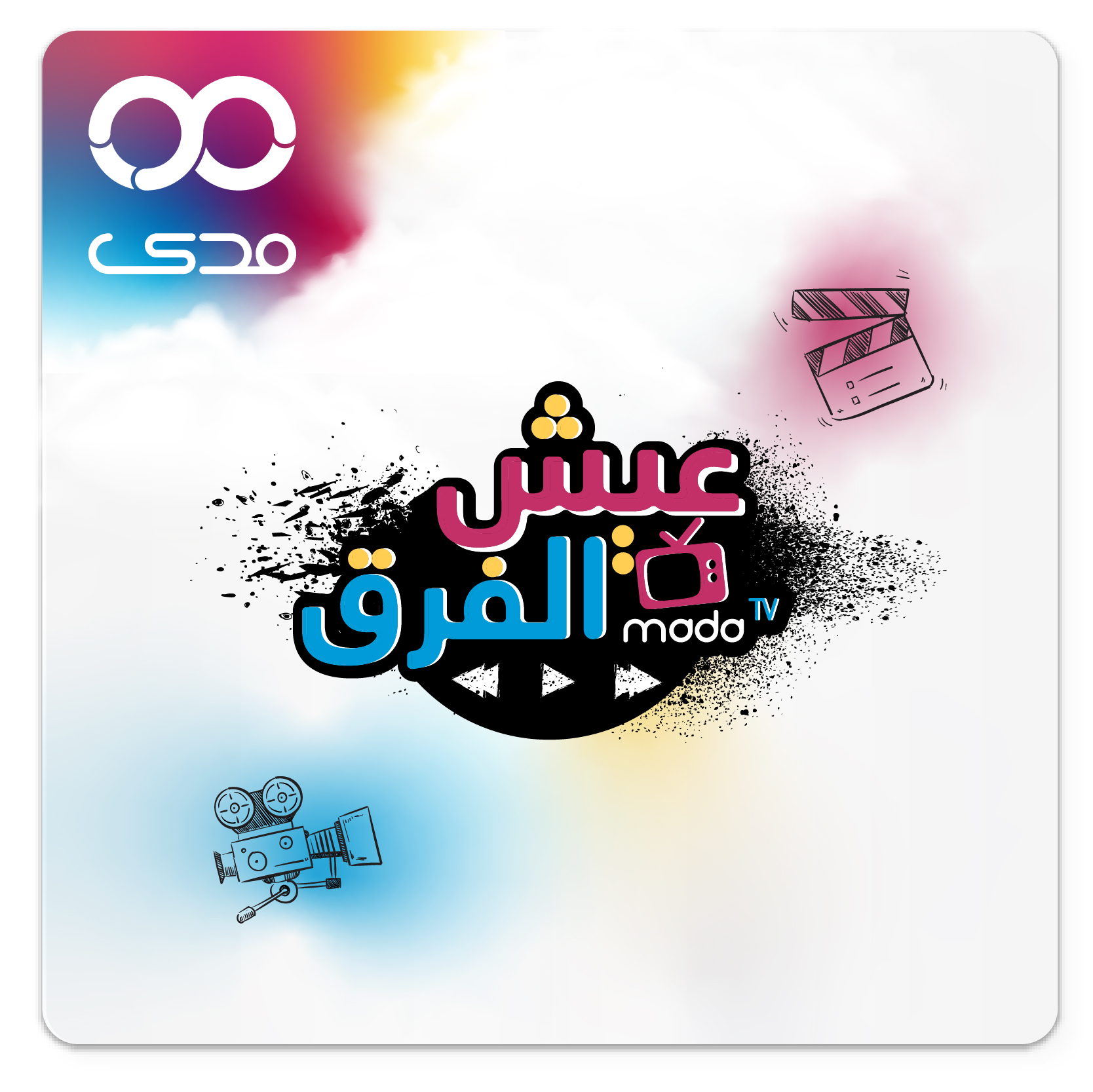